At the height of his prolific career, legendary entertainer Danny Kaye made a commitment to helping the world's children by becoming UNICEF's first celebrity goodwill ambassador. For more than three decades, he used his influence and fame to educate millions about UNICEF's lifesaving work. In the process, Mr. Kaye helped UNICEF become a household name, recruiting generations of supporters through media interviews, public service announcements, personal appearances and travel.

Celebrating Danny Kaye's 100th Birthday
"I believe implicitly in the kind of work that UNICEF is doing for the children throughout the world."
watch video 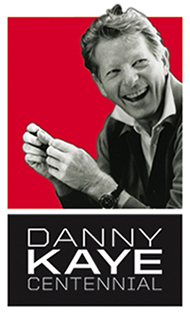 The Danny Kaye Society is a group of dedicated individuals who've chosen to make a lasting commitment to the world's most vulnerable children through their estate plans.

It's important to remember the context in which Mr. Kaye's work for UNICEF began. The agency was still new, with a huge scope of work and no guaranteed means of funding. Technology was rudimentary: cell phones, the internet and social media did not exist. Radio, television, and print news were the only accessible means of information for the average person.

Suddenly, onto the stage burst Mr. Kaye, pioneering the concept of global citizenry by introducing the plight of the world's children to a mass audience. Mr. Kaye traveled to distant lands, delighting children while campaigning for their health and wellbeing. He would film these trips, and share the footage in movie theaters, while personally recounting details of his experiences before television cameras. Mr. Kaye humanized the work of UNICEF and nurtured a sense of consciousness and responsibility for the wellbeing of the world's children. Mr. Kaye was so inextricably linked with UNICEF that when the agency won the 1965 Nobel Peace Prize, Mr. Kaye was part of the delegation that accepted the award.

Champion For Children in Every Continent

Upon his death in March of 1987, he was eulogized by Presidents, children, celebrities and average people. Said then UN Secretary General Javier Perez de Cuellar, "He was truly a champion for children in every continent… a friend of the United Nations whose great humanity and magnetic personality brought joy and laughter to millions around the world."

In observance of his centennial, we have gathered historic footage, unique reflections and fun facts about Mr. Kaye's life and pioneering work for children. His work with UNICEF helped pave the way for other celebrities to publicly align with causes, and spawned countless celebrity advocacy programs.